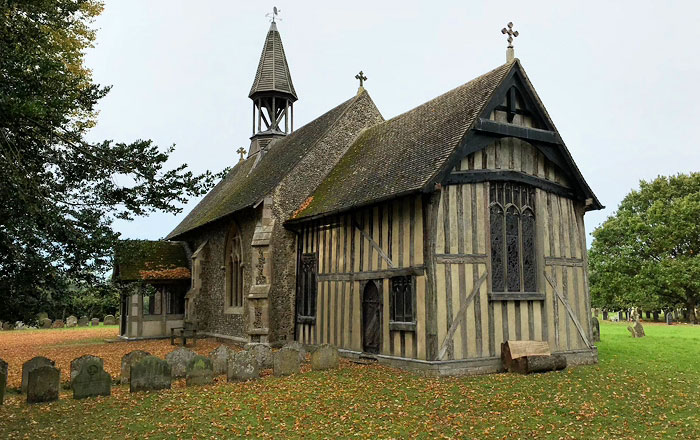 All Saints Church, Crowfield is a Grade II listed building in the United Kingdom. The original church was established in the 14th century by the Bishops of Norwich as a chapel of ease, to St Marys, Coddenham. The timber frame chancel and the north and south nave doorways are of early 15th century. There also exists some 13th and 14th centuries corbel stones built into the west wall, one appearing to be a lion’s head and the other a wolfs.

The nave was remodeled in 1862 in the Decorated Gothic style at the behest of Lady Middleton, in memory of her husband Sir William Fowle Middleton, 2nd Baronet of Shrubland Hall, Barham, Suffolk. The nave includes a 18th century single hammerbeam roof. As result of the restoration, the nave is now fitted with 19th century benches with poppyhead ends on which have been carved an array of fruit and foliage.  The communion rail too dates from the 18th century and the oak alter table came from the nearby redundant church of St. Andrews, Mickfield.

In the chancel of the church, under the aisle carpet is a 17th century floor memorial to Harbottle Wingfield I, Esq., who died on 30 July 1645. He was the son of Henry Wingfield, Esq. (d.aft.1604) and Elizabeth Revesby (d. 3 February 1624) and was a great-grandson of Sir Anthony Wingfield KG (c.1485-1552). Harbottle Wingfield’s arms, cut in marble, are impaled with Scrivener. His wife was Elizabeth Scrivener of Ipswich, sister of Matthew Scrivener, who was at Jamestown in 1608 and served briefly as acting governor in July 1608. 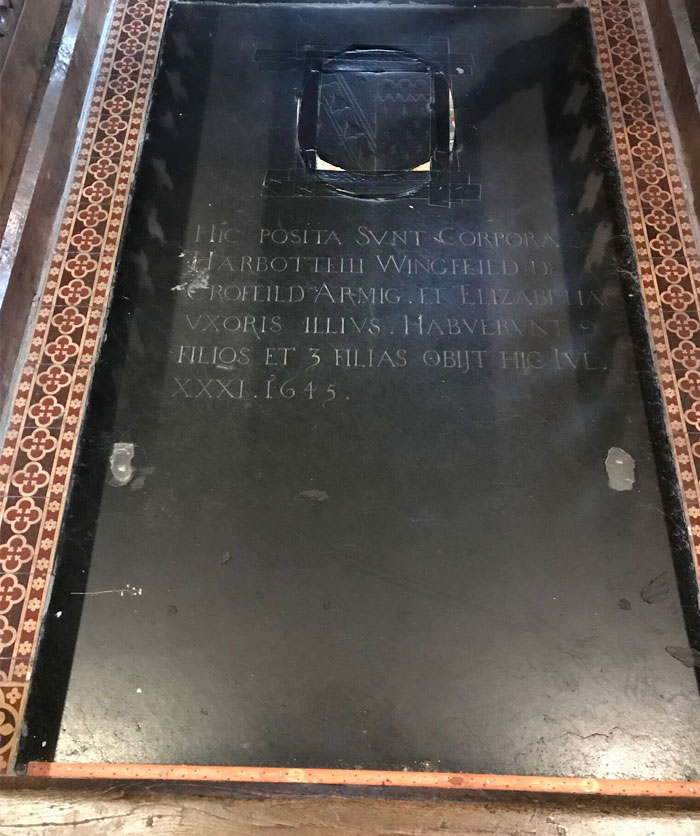