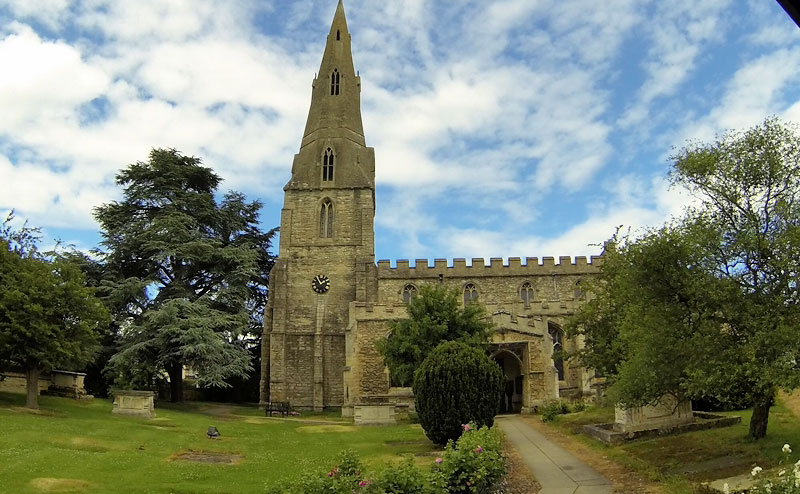 Edward Maria Wingfield (born 1550) who was to be the 1st President at Jamestown, Virginia, was the elder son of Margaret Wingfield nee Kay of Newsome Hall near Huddersfield in Yorkshire and of Thomas Maria Wingfield – whose godmother had been Mary, the sister of Henry VIII, and the widow of Louis XII). He was raised at Stonely Priory, just across the little River Kym, up the hill from Kimbolton church.

His father died when he was seven, and by twelve at the latest his mother Margaret had remarried. Her new husband was James Crews aka Cruwys of Fotheringhay College House.

EMW spent his life soldiering in Ireland and the Low Countries, being mentioned as a “Captain of Success” in 1589.

In 1606 he was instrumental with Hakluyt and six others in obtaining the signature of King James I on the Virginia Charter of 1606, prior to his recruiting – with his cousin Bartholomew Gosnold – about 40% of the just over 100 settlers.

The rest of his career can be read on his two church memorials: one here (see picture) and the other at Jamestown, Virginia, USA. He died at Stonely Priory aged 80 or 81. 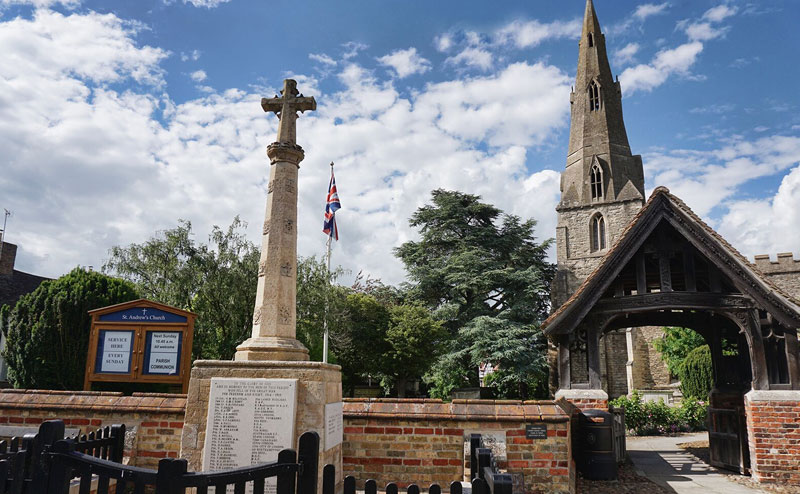 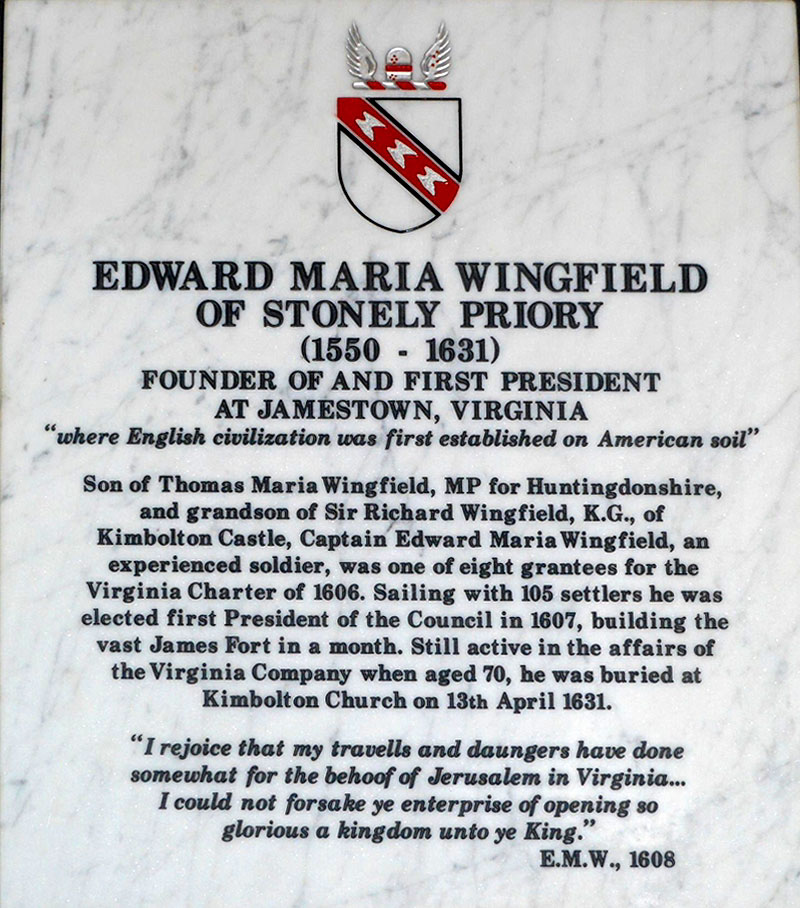