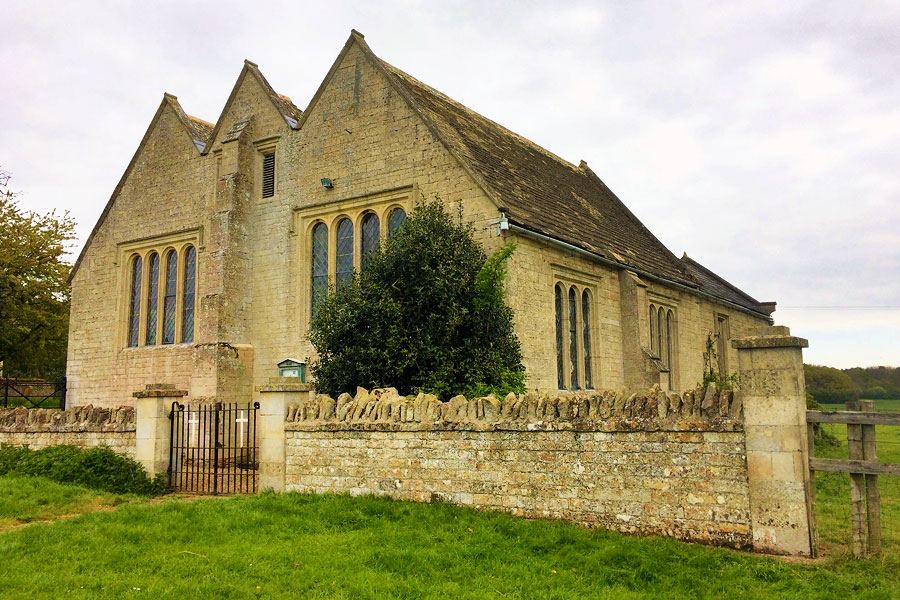 In 1601-2 Robert Wyngfield of Upton applied to Archbishop Whitgift

“to build a sepulture or monument with a vault within the chapel of Upton for himself, [his] wife, children and relations and their heirs that should be Lords Proprietors of the manor of Upton; the chapel or oratory out of memory appropriated to his mansion, united and annexed, being only for the purpose to hear divine service, and to partake of the sacraments and to do all other religious offices, the burial of corpses excepted.”

The faculty was granted to him and his heirs.

“Sir William Dove, son & heir of Bishop Dove, Lord of Upton (d. 1630), who had purchased from Sir Robert Wingfield IV of Upton pre-1630 most of the Manor of Upton including Wingfield Manor, the great manor-house, where he resided, and built the new part of the chapel. He excluded the old chancel, in which are several monumental stones for the Wingfields, now overgrown with weeds…The Chapel consists of a body, divided by round pillars with Saxon capitals, from the north aisle or burial-place, which, as well as the chancel, is tiled.”

Today only Doves are visible in the vast freestone monument. The Wingfields must be underneath, or under the blocked up arch. [Links Five, WFS, 2000, p.41].