The Priory Church of St. Mary Letheringham is a Grade I listed building in the United Kingdom. A church is mentioned here at Letheringham in the Doomsday Book of 1086. It is not clear whether the original Domesday church was on the site of the present church or whether it was about a mile away near the Wingfields’ Old Hall and Letheringham Mill (where numerous skeletons were unearthed- but no church foundations). The present church was formerly the nave of the Priory Church of Augustinian Cannons founded by Sir William de Bovile in 1194. It was dedicated to the honor of the Blessed Virgin Mary and was a cell of Augustinian Canons of the larger Priory of St. Peter and St. Paul in Ipswich.

At the dissolution of the Priory in 1537, the church consisted of the west tower, the nave (to where the present east wall stands) and beyond this the chancel which was wider and slightly longer than the nave.

The present tower was added to the church in the 14th century. The large western doorway, now blocked up, is visible only to two thirds of its height, as it was silted up with rubble from the ruins of the Priory. The doorway has elegant and deeply cut mouldings, and above is a two-light window.

The south doorway, dating from the 12th century, has a round arch ornamented with chevron and billets decoration. Above the south doorway on the inside of the church, the set of Royal Arms are Hanoverian.

The entrance to the tower from the nave is formed by a tall arch, the moulding of which has been made up from Norman chevron carved stone, and the jambs from Norman-roll-moulding, all probably re-used material taken from an earlier tower.

In the south wall of the nave are two large 13th century windows. The north wall has no windows as it is believed to have partitioned the church from the Cloisters. It appears to have been refaced externally when a Cloister doorway and two western-most buttresses were built.  The east wall is late 18th century, but its three windows is 14th century, which no doubt came from the destroyed Chancel.

The Holy Table dates from the 17th century and the pulpit is of simple late Georgian design and the plain deal box pews date from the same period. There are signs of a Gallery in the Belfry, probably used by musicians and singers before the installation of an organ.  In 1553 there were three bells, but only one of these remains, which was cast in 1579.

The first register bears entries dated from 1588 to 1812. It is bound in leather with a title embossed on the cover with the name “Wm. Naunton Esq.”

Priory Church of St. Mary is the ancestral mother church of the Wingfield Letheringham, Suffolk branch for nearly four centuries – from the 1370s until 1708. The church once housed magnificent memorials, brasses and painted tombs of the Wingfield and Naunton families. The Suffolk historian Tom Martin, wrote of the tombs and monuments found here in his visit on 23 February 1744

“…I have neither seen nor read of any place (except Westminster Abbey) so fully adorned with such Noble Remains of Antiquity as are to be met with here.” 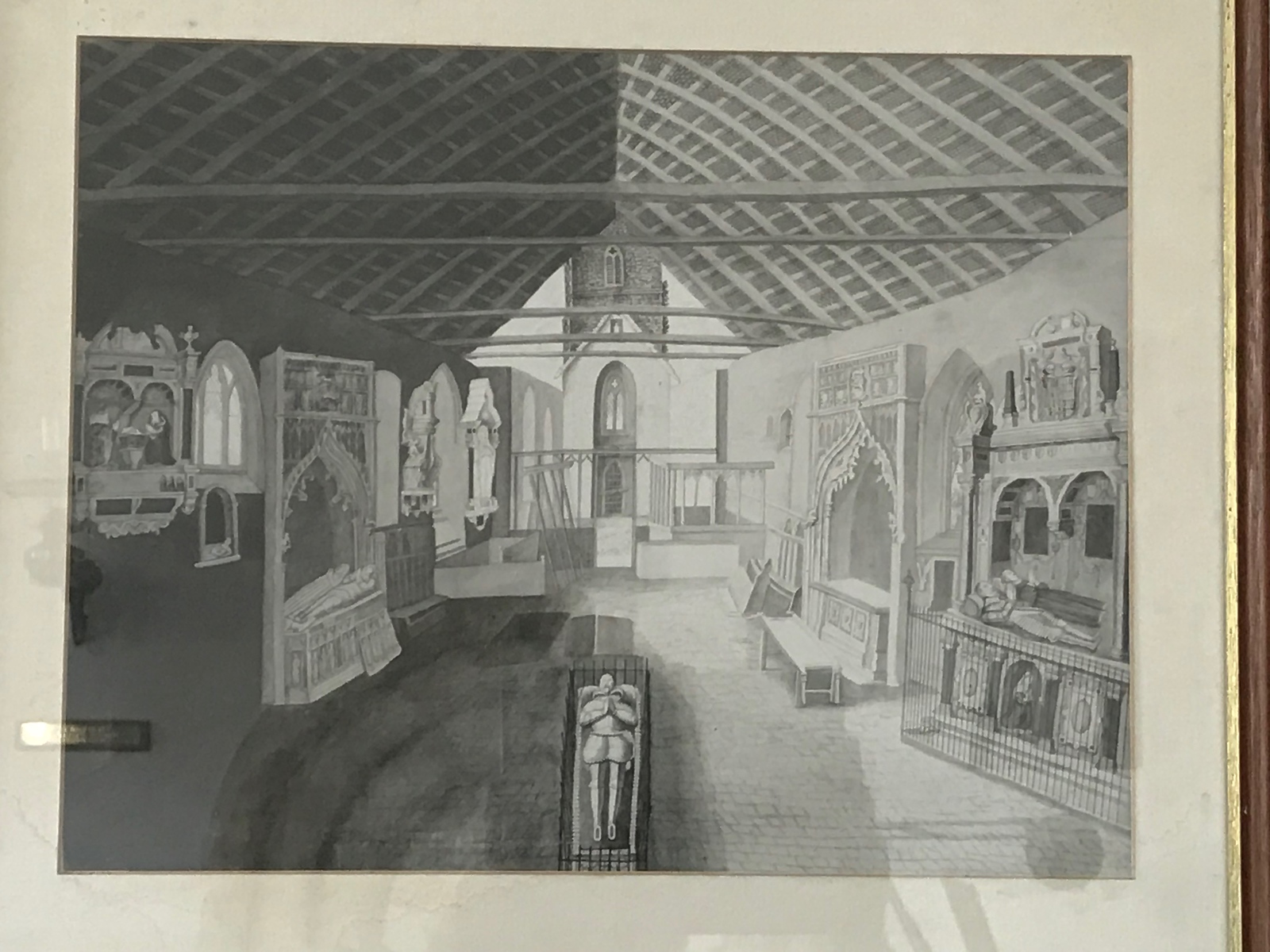 The Wingfield family and subsequently the Naunton family were associated with and were the Lords of the Manor of Letheringham and patrons of the former priory church from the 1370’s until 1756.