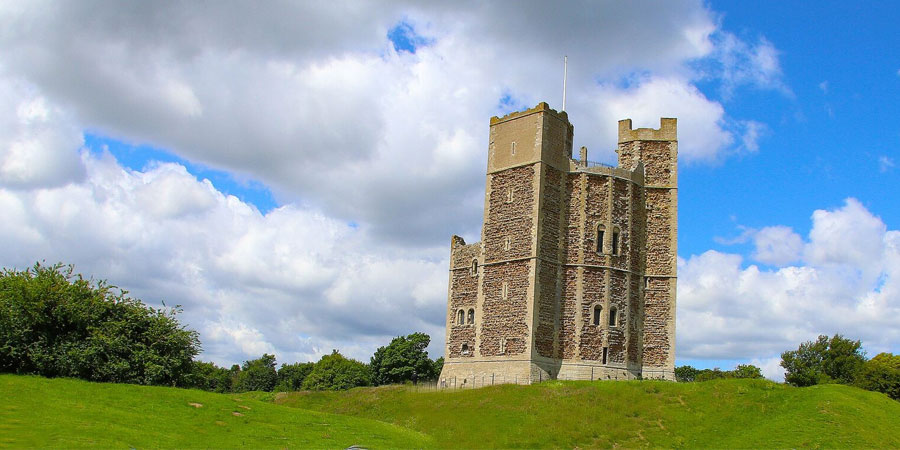 Orford Castle is a castle in the village of Orford, Suffolk, England, located 12 miles (20 km) northeast of Ipswich, with views over the Orford Ness.

It was built between 1165 and 1173 by Henry II of England to consolidate royal power in the region.

The well-preserved keep, described by historian R. Allen Brown as “one of the most remarkable keeps in England”, is of a unique design and probably based on Byzantine architecture. The keep still stands among the earth-covered remains of the outer fortifications. Sir Henry Wingfield (1435-1494) was appointed Governor of Orford Castle in 1480s. 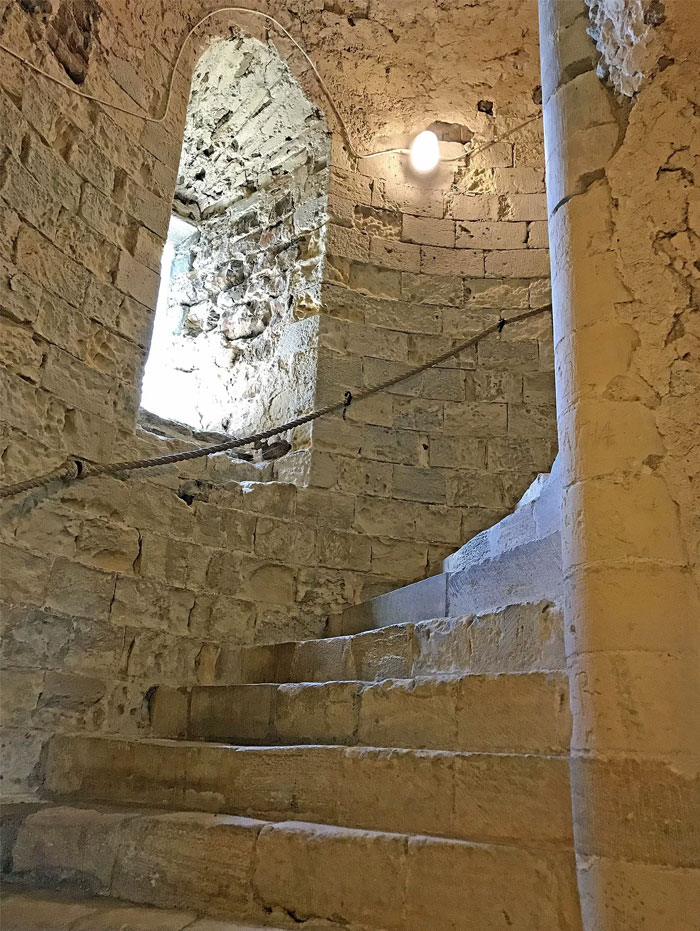 The 90-foot (27 metre) high central tower was circular in cross-section with three rectangular, clasping towers built out from the 49-foot (15 metre) wide structure.

The tower was based on a precise set of proportions, its various dimensions following the one to the root of two ratio found in many English churches of the period.

Much of the interior is built with high quality ashlar stonework, with broad, 5 foot 6 inch (1.7 metre) wide staircases.

The best chambers were designed to catch the early morning sun, whilst the various parts of the keep were draught-proofed with doors and carefully designed windows. Originally the roof of the keep, above the upper hall, would have formed a domed effect, with a tall steeple above that.
View Photo Gallery