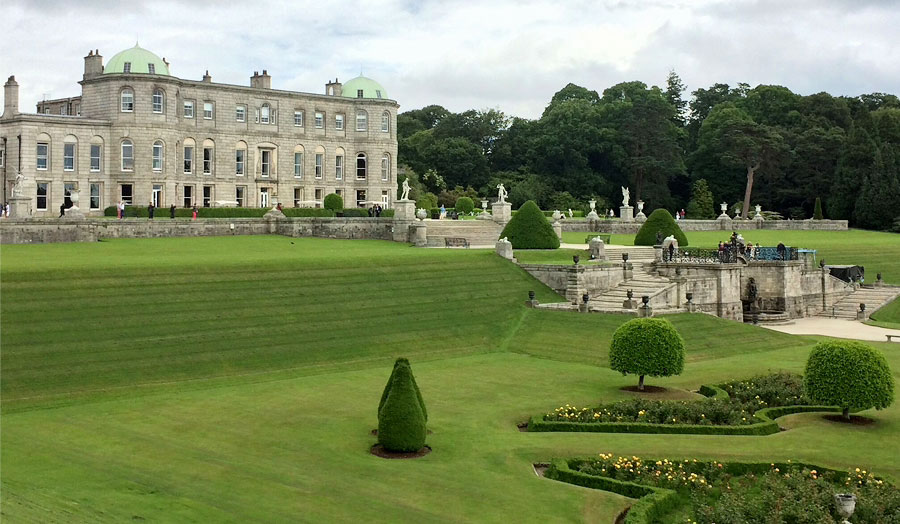 Previous to this visit, Sir Richard had dammed the adjacent River Dargle atop the Powerscourt Falls, 397 feet high, the highest waterfall on the island of Ireland, one mile from Powerscourt House. His Lordship’s plan was for the two of them to be near the foot of the falls one afternoon, standing or sitting there on a newly constructed bridge. Then as he would describe that construction project to King George, the dam up above, holding back the water, would be blown and a huge torrent of water would be released, plunging downward and roaring past them as an event to dramatically, favourably impress His Majesty, the young King George. 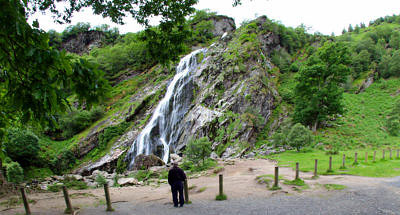 At lunchtime that day, in Powerscourt House, the King had (as usual) had “much drink taken” and so the meal went on interminably – to such time and to such the King’s condition that he was unable to visit the falls that afternoon, which was the final day of his visit. Some days later, after King George’s departure, the dam was blown up, the pent-up water plummeted downward, and the bridge they would have been standing on was destroyed! Thus the Wingfields would have accidentally assassinated the young monarch, King George IV, whose coronation was just one month earlier on July 19, 1821, at Westminster Abbey.

Thereafter, the huge chair upon which the King had sat during all his mealtimes was always known notably as “The Throne,” and  ‘The Throne’ was always kept which ” The Saloon,” which is said in to be “the finest room in lreland.” 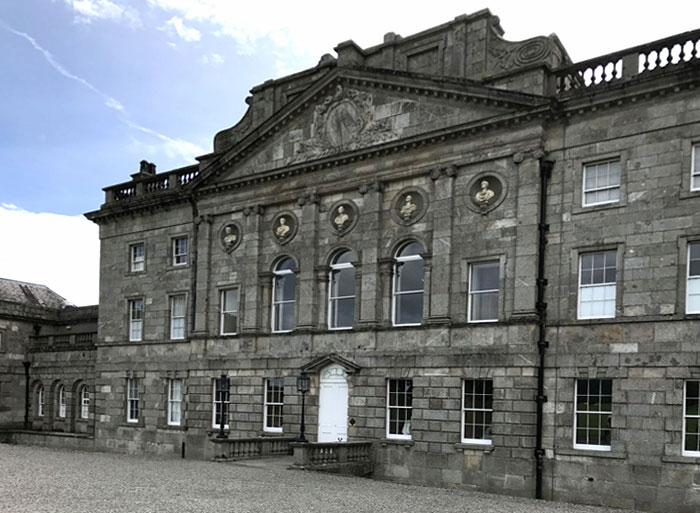 Powerscourt House in County Wicklow, Ireland, was the home of the Viscounts Powerscourt and that line of the Wingfield family for more than 350 years. There was a 13th century castle here on lands granted to Richard Wingfield, Marshal of Ireland, in 1603, but it was not until 1730 when the architect Richard Cassels remodelled this, enlarged it and transformed it into the magnificent mansion which we see today. This work was commissioned by another Richard Wingfield (1697-1751) who, like his illustrious forebear, was also created Viscount Powerscourt. The surrounding grounds were laid out as parkland with formal rides on the north side of the house with carefully planned gardens and terraces to the south.

In 1961 Mervyn Patrick Wingfield, the 9th Viscount, sold Powerscourt and its estate to Ralph Slazenger and his family who were best known for their sporting equipment empire of that name. However, there was a conso­lation for the Wingfields in that their son and heir, Mervyn Niall Wingfield, was to marry the Slazengers’ daughter, Wendy. I was a guest at the 1961 wedding and at the splendid reception held afterwards in Powerscourt.

An Powerscourt amusing memory I have is of the bridegroom’s father generously shar­ing his personal supply of whiskey with me which he said he far preferred it to the champagne that everyone else was drinking. 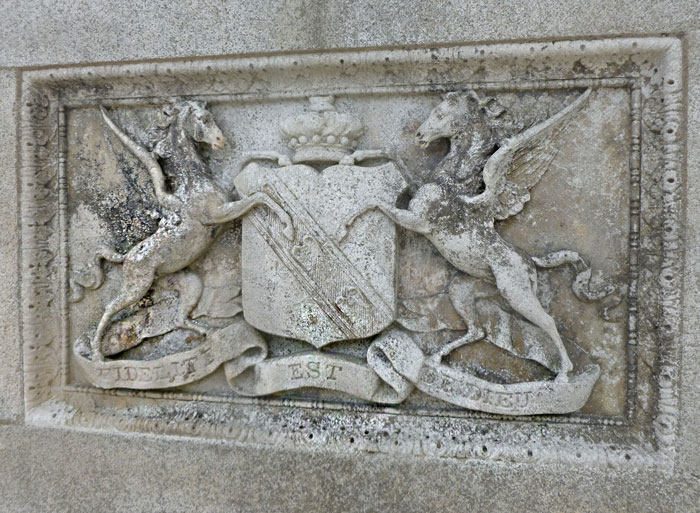 Mervyn Niall and Wendy had a son and heir, Mervyn Anthony Wingfield, born in 1963. Mervyn Niall suc­ceeded his father as 10th Viscount in 1973. In September 2005. His son Mervyn Anthony Wingfield is one of the directors, to­gether with other members of the Slazenger family, of the Powerscourt Estate company which now owns and operates Powerscourt.

An appalling misfortune befell Powerscourt in November 1974 when a disastrous fire destroyed much of the great house’s central block. That year the Slazengers had carried out a major refurbishment so that the house could be opened to visitors for the first time but, although no one was injured, the fire destroyed all the principal recep­tion rooms and bedrooms.

The Sa­loon, once described as the grandest room in any Irish house, was completely gutted and the main part of the house reduced to a charred roofless shell, though both wings survived.From that low point over two de­cades elapsed before the process of regeneration began in 1996. The house was re-roofed and the windows restored.

Gradually the great rooms within were rebuilt using both traditional craftsmanship and modern technology. Today there is almost no sign of the fire damage and the main part of the house contains a visitor centre with an exhibition of Powerscourt’s history, shops, function rooms and a terrace cafe. There is also a garden centre and a golf course in the grounds and many other facilities for visitors.

With some of the restoration work still continuing, Powerscourt has risen again like a phoenix from the ashes and is once more a thriving and dynamic place.