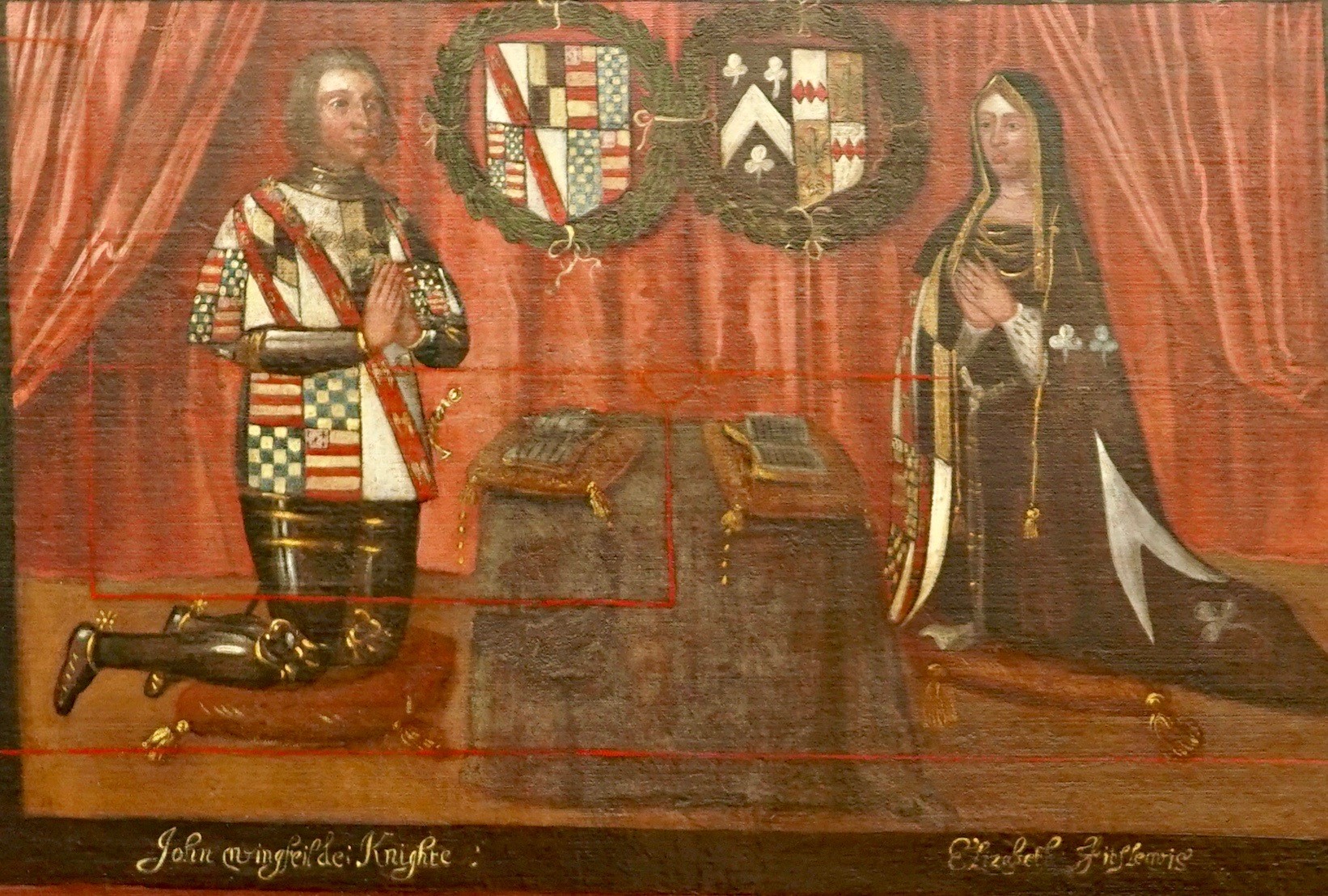 Sir John Wingfield KB (b. in or before 1428, d. 11 May 1481), a lawyer, Sheriff of Norfolk and Suffolk and a member of the Privy Council of Edward IV of England.  He was the eldest son of Sir Robert Wingfield of Letheringham and Elizabeth Goushill, daughter of Sir Robert Goushill of Hoveringham, Nottinghamshire and Lady Elizabeth FitzAlan.

Relatively little is known of John’s childhood, but he was raised at Letheringham Hall. John was educated as an attorney.

On 18th March 1448 at Westminster, John Esq. was appended as a witness to a charter by Richard, Duke of York, Earl of March and Ulster, Lord of Wigmore and Clare, dated at Fotheringhay Castle 6th March 1448. It is likely John Esq. was at that time attached to the Duke’s suite.

In 1453 John Esq. succeeded his father Sir Robert to become the Steward of the Manor of Framingham Castle.

Prior to 21st November 1454, John Esq. succeeded his father to become the 5th Wingfield Lord of Letheringham, Suffolk. He inherited the Manors of Letheringham, Thorpe Hall, Hasketon, “Bacon’s alias Wingfield” in Westhall, Wilby, Dallinghoo, Bourt’s Hall in Laxfield, Clarvalves and Iken in Framlingham, Talvas in Shottisham and Shelton Hall in Stradbroke.

On 21st October 1455, John, Esq. was presented to the Chapel of the Manor of Skelton in Stradbroke.

On 4th November 1454 and 9th November 1471, John Esq. was appointed the Sheriff of Norfolk and Suffolk (the oldest secular office under the Crown and was originally the principal law enforcement officer in the county and presided at the Assizes and other important county meetings.)

From 1455 to 1463 John Esq. received many Commissions of the Peace to enquire into riots, treasons, and insurrections in Suffolk.

In circa 1461, John Esq. was Lord of the Manor of Laxfield, Suffolk

On 27th June 1461, John Esq. was made a Knight of the Bath in the Tower of London on the eve before the coronation of Edward IV of England.

In 1462-1463, Sir John was one of Edward IV of England Privy councilors, for he was granted by a privy seal of £40 yearly, as was the custom to give to other knights in such cases.

In 1463, Sir John purchased the Manor of Easton from Sir Thomas Charles.

On 12th November 1472, Sir John was granted a weekly market and fair at Laxfield, Suffolk.

In 1471 until 1476, Sir John received Commissions for Suffolk and Norfolk.

In 1477, Sir John was joined in a Commission with Robert Stillington, the Bishop of Bath and Wells and others to treat at Amiens with the Commissioners of Louis XI of France concerning the continuance and extension of the truce then subsisting.

Sir John was buried in the Prior Church of St. Mary of Letheringham, Suffolk.  His canopied alter tomb, which no longer exists, was located on the north cancel wall. There were no effigies, only a stone slab shown in the drawing below made in 1785. 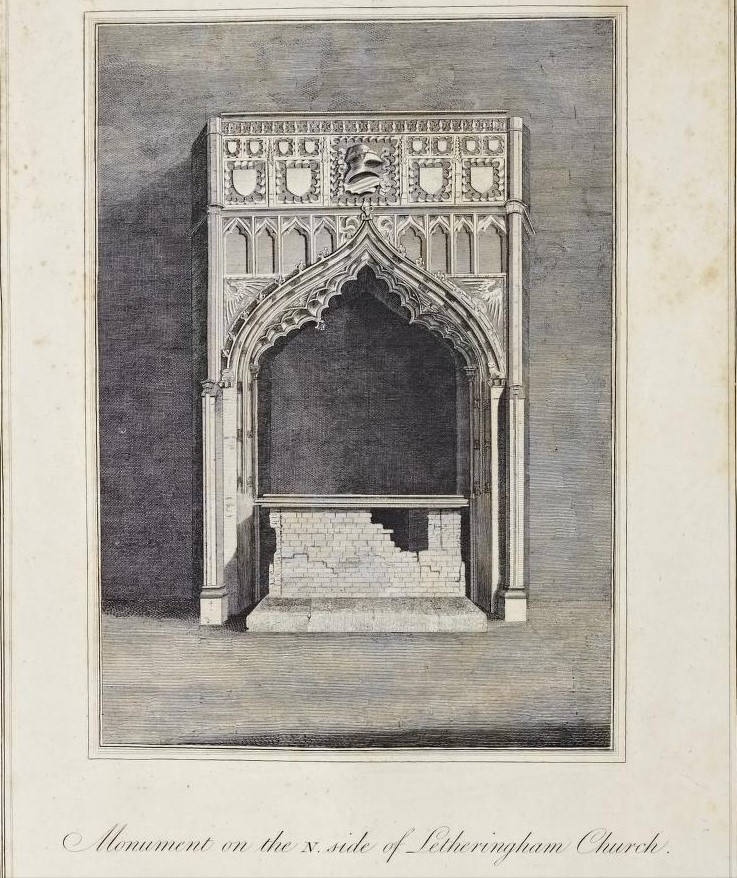 Blatchly, John, The Bovile & Wingfield Memorials at Letheringham Suffolk, Reprinted by permission of the Council of The Suffolk Institute of Archaeology and History for the Wingfield Family Society (1990)

Gough, Edward & Basire, James, Sepulchral monuments in Great Britain: applied to illustrate the history of families, manners, habits and arts, at the different periods from the Norman conquest to the seventeenth century: with introductory observations, v.2 part 2 (1786)