Relatively little is known of Thomas’s childhood, but he was likely raised at Wingfield Frumbalds Manor (later to become the site of Wingfield Castle). Thomas was educated as an attorney, and would serve later in life as an attorney to many noble men and woman of England.

On 3rd August 1344, Thomas was called to arms by Edward III of England to prepare to set out for Gascony and report to Portsmouth, England by 7th March 1345.

On 25th August 1346, Sir Thomas fought at the Battle of Crecy in the 3rd Earl of Arundel retinue.  Sir Thomas’s brother Sir John de Wingfield, also fought in the battle and was in Edward III of England’s retinue. Crecy was a battle in which King Edward III’s army defeated forces Philip VI of France force, as result of superior weaponry and tactics. The English longbow was superior to the French-Genoese crossbow.  Crecy established England as a great military power. 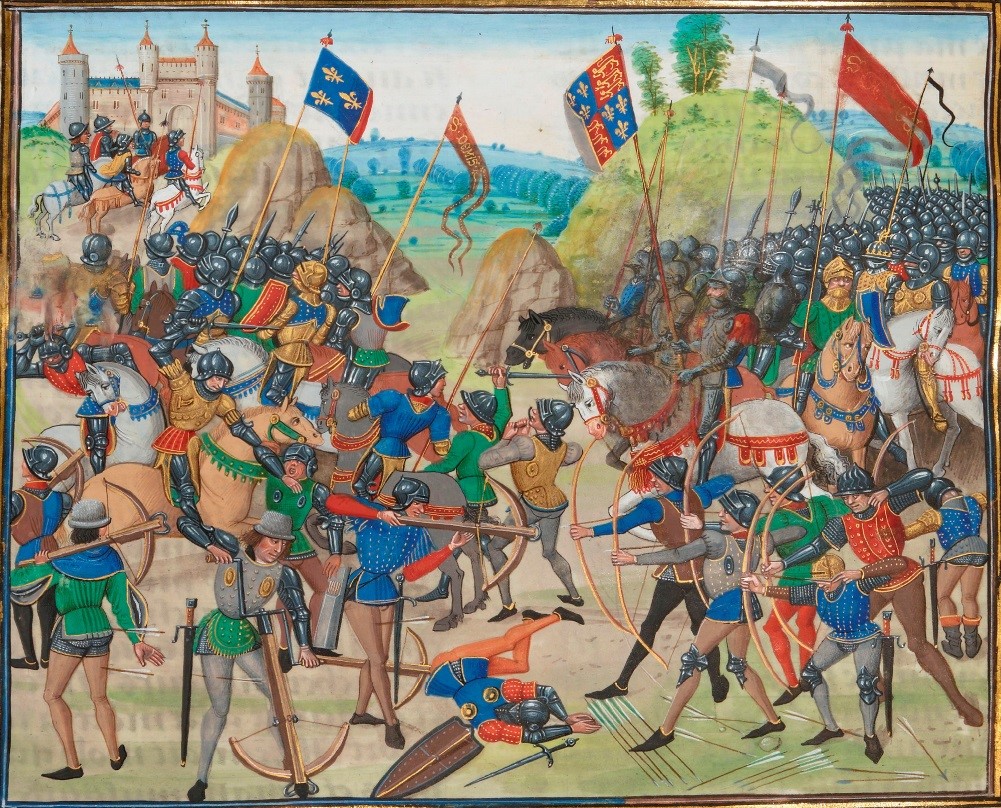 In September 1346, Edward III of England’s army approached the city of Calais, and immediately began making preparation for a drawn-out siege. By this time, Sir Thomas was still in the 3rd Earl of Arundel retinue, and Sir John was in Sir Bartholomew Burghersh retinue, who was soon to be appointed Lord Chamberlain of England. The city walls and moats of Calais could not be easily breached.  For two months’ a state of stalemate prevailed.  In November, the English deployed cannon, catapults and long ladders, but these new attempts to breach or scale the walls again failed. 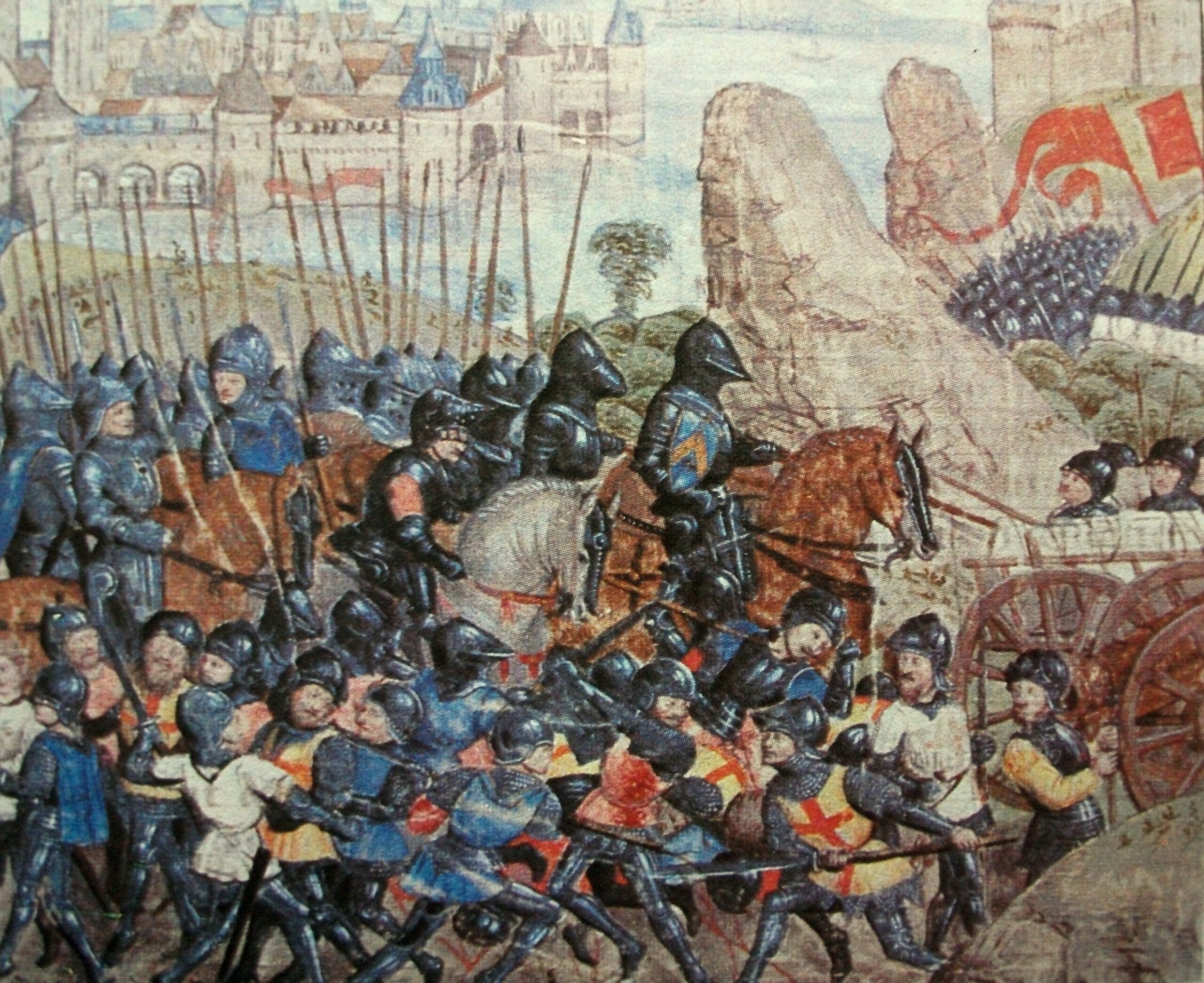 By February 1347, siege actions at Calais ceased, and Edward III of England’s army began to deploy tactics to starve those within the city of Calais. A French supply convoy succeeded in supplying Calais citizens, but the English navy prevented further supply attempts.  In the spring, both sides received reinforcements, but Philip VI of France could not hold off the besiegers any longer and the English were victories.

In 1347, Sir Thomas held the Manor of Bromfield near Ludlow, Wales for Edward of Woodstock, known to history as the Black Prince.

In 1355, The Avignon-based Pope, Innocent VI granted Sir Thomas, and his betrothed, Margaret Carbonel, the widow of Sir William Carbonel of Badingham, and daughter and heiress of Sir William de Bovile of Letheringham, a papal indulgence to choose their own confessor.

On 3rd May 1357 in Westminster, Sir Thomas was granted an exemption for life from being put on assizes, juries or recognitions, from being distrained to take the order of knighthood and from appointment as justice, mayor, sheriff, escheator, coroner, collector of tenth, fifteenth or other quota granted to the king, or other bailiff or minister of the king, against his will.

After 5th November 1357, Sir Thomas took over from his eldest brother, Sir John de Wingfield, the jobs of Attorney-General and Chief of Staff of Joan of Bar, Countess of Surrey, a granddaughter of Edward I of England.

On 4th May 1358, Sir Thomas was a member of Countess of Surrey’s council. Sir Thomas’s older brother, Sir John, was the Chief of her Council.

On 16th April 1361, Sir Thomas was appointed by Countess of Surrey as her attorney for two years in England, while she was overseas.

Sir Thomas died after 17th July 1378, the date of his will and was proved on 27 September 1378 at Consistory Court of Norwich (Norwich C.C. (154 Heydon)).  He was buried at the Priory Church of St. Mary, Letheringham.

Bloore, Peter and Martin, Edward, edited, Wingfield College and its Patrons: Piety and Prestige in Medieval Suffolk, The Boydell Press, (2015)